I’ve been recording my music under the name Carnivaleros since 2003, a concocted name I felt embodied the spirit of the music I was writing and thinking about at the time. The name still fits the spirit of the music I’m writing and recording these days but the downside is there are many who associate Carnivaleros as a ‘polka’ band or some sort of zydeco affair, mostly due to my preferred instrument, the accordion.

In my mind there’s nothing intrinsically wrong with that but many people think of polkas as third class music, due to the imagery and sounds of white bread TV show musicians from the late 50s into the early 70s. And zydeco music, real zydeco music, hales from the Lafayette, Louisiana area, created and performed by Creole musicians. Much of that music has been passed down through generations of players.

There is no particular style of music associated with the region where I was raised (Central Kansas) thus I soaked up any style of music I was exposed to. In some sense it has given me freedom to go in any musical direction without the pressure of following and copying some tradition.

Thus my songs have elements of blues, zydeco, cajun, country, rock, and yes, polka (of course!). I see my songs as mini-movies, novellas put to music. If you are one of Those About To Rock or a firm traditionalist, my music is not for you. It’s not for children, either, although a melody or two might be contagious. In the end, it comes down to entertaining folks with my songs and live performances to the best of my ability, filling up the dance floor, and tossing in a bit of wit and good spirits in the process. 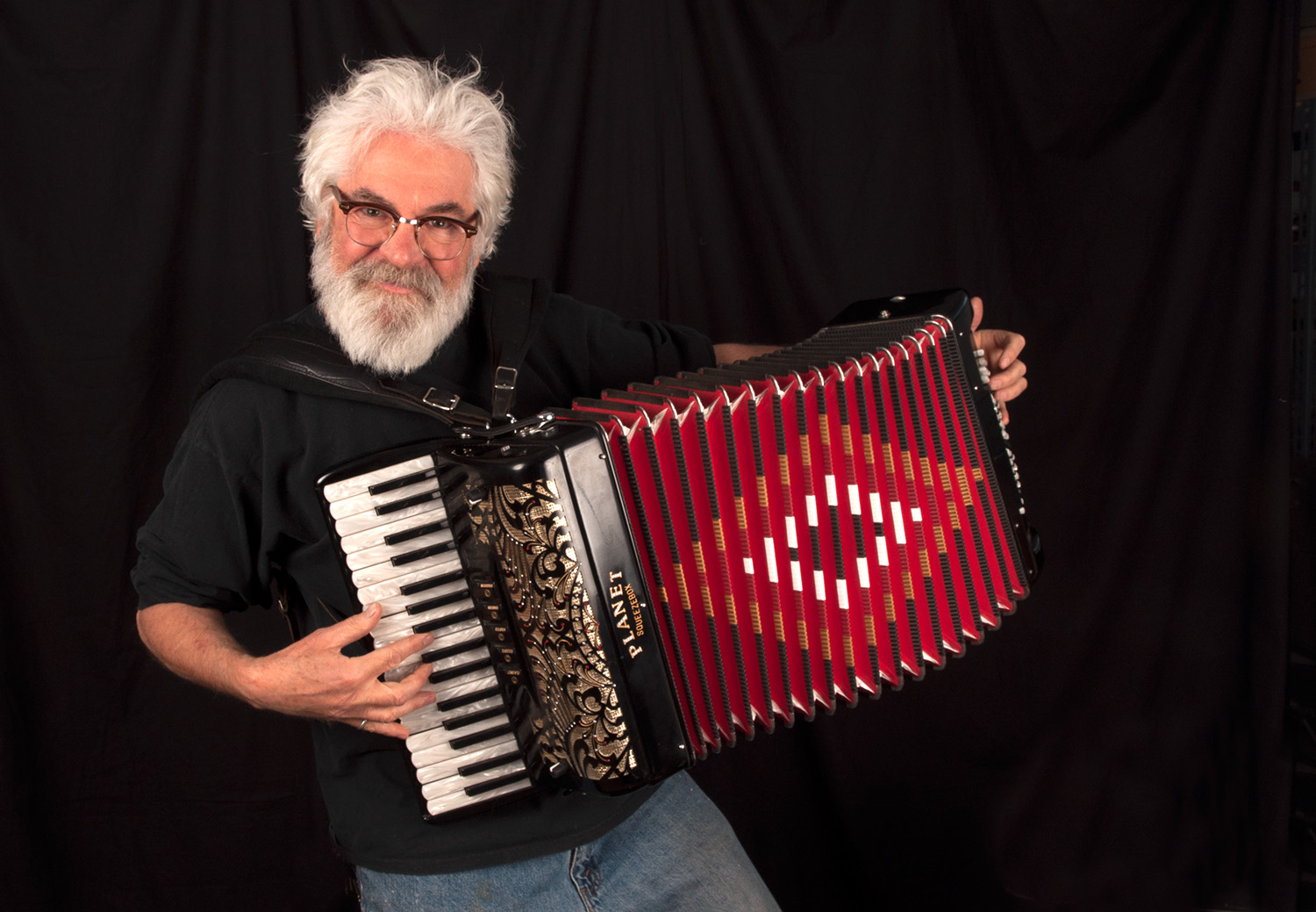